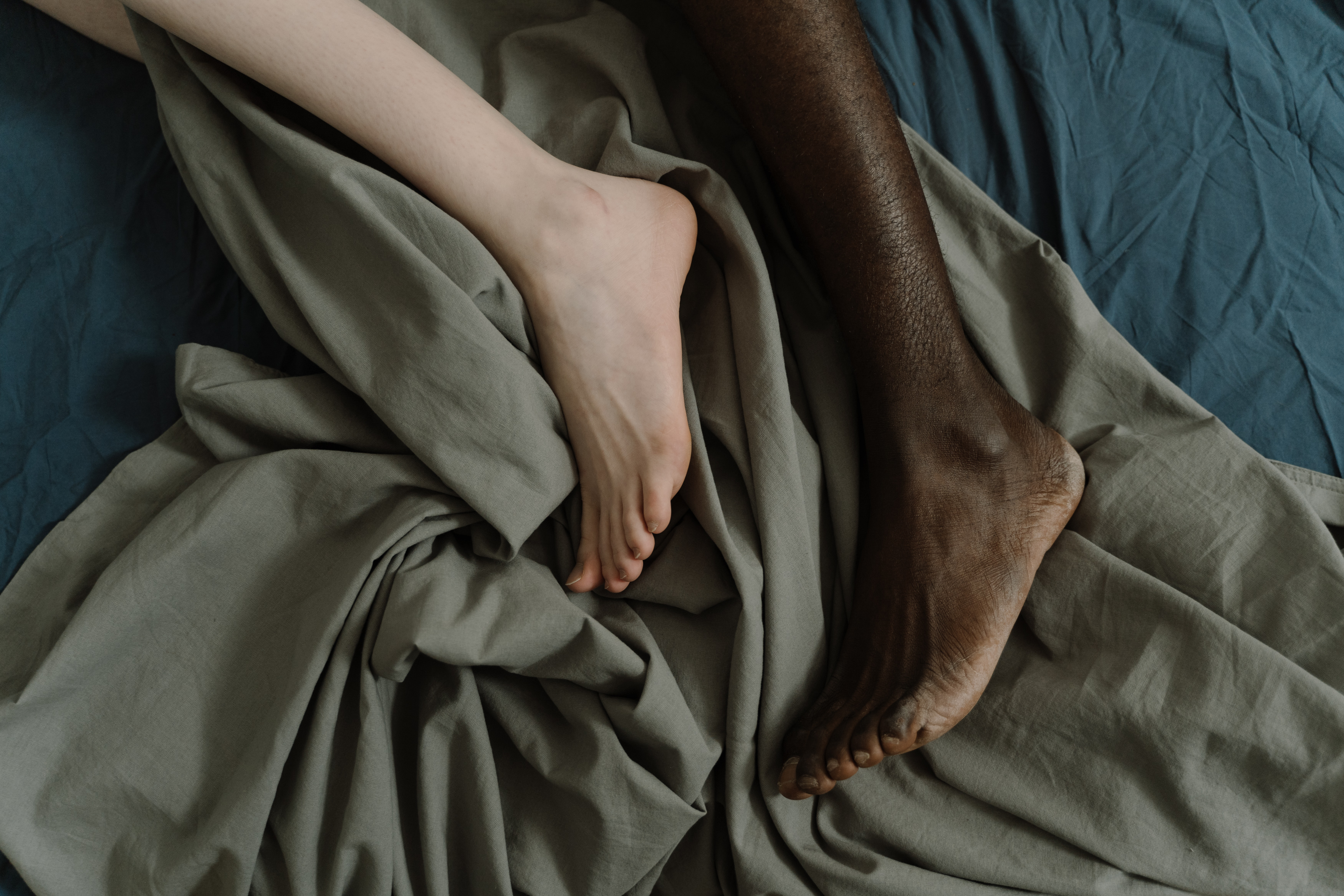 I remember when girls were gross. They seemed to be unnecessary extras thrown in my adventurous childhood.

Growing up in Tuolumne County, California, my life consisted of building forts, making spears, shooting air pistols, playing superheroes with my friends, and discovering new ways to hurt myself while my mother’s hair turned gray. .

Just before my 10th birthday, my mother, sister, and I moved back to the city where I was born. This was a dramatic change; I was in a bigger city with fewer places to play on earth, a bigger school, and more of those distracting creatures known as girls.

I hated having to move. I missed my friends and my freedom to play and roam the city on my bike. Now he was in a big city with too many rules. I believed there was only one positive aspect to my exodus from my childhood paradise. At Cherrywood School, I had the best teacher: my hero in elementary education, Mr. Hunter.

In Mr. Hunter’s class, I re-immersed myself in my childhood adventures. Some may have considered his teaching methods unconventional; we would get up often while learning, playing games, yelling, and competing for prizes. My favorite moment was at the end of class, every Friday. We turned off the lights, lit candles, and wrote creative stories. Mr. Hunter started it and read aloud the introduction to our collective adventure. We were instructed to write for thirty minutes, whatever we could think of to fit the introduction. We were the potential authors of the next chapter. Each week, all of our stories would be collected and one would be chosen to be the next part of the adventure. Oh how I anticipated every Friday, waiting for my story to be chosen.

As the weeks passed and the school year came to a close, not once could I be the author of part of our story in class. Thirty minutes never seemed like enough time to put all my thoughts on paper, and no matter how creatively I wrote, many of my stories were never finished.

Although this was a difficult lesson for a fifth grader, in my opinion it never dethroned Mr. Hunter as one of the most amazing teachers a child could have. It represented a turning point in my career as a student, but nothing had prepared me for what was about to happen next …

I made some of the best friends in fifth grade. It felt great to be one of the cool kids again, with friends who had some of the same interests as me. I guess the city wasn’t such a bad place after all.

My friends differed from me in one aspect of life: they all seemed to like girls and some of them even had girlfriends. This was certainly not part of my plan for my life. I thought that girls did not fit into the lifestyle of a fifth grader. We were boys, destined to do boy things. I just wanted to play sports, get dirty, and on special occasions find things that I could blow up.

I thought everything was going according to plan for me when it arrived. That manipulative creature with beautiful long hair and a cute smile, entangled me in its web. She brought an entourage of two other girls with her to confront me on the playground. Was caught. I cringed when I was handed a note that reeked of perfume, tainted with glitter and feminine calligraphy. Then I was slowly tortured while reading the disgusting proposal to have her as my girlfriend. I must have been under a spell, or lost my mind, when I accepted this horrible idea.

I spent the last weeks of school avoiding her. I think it was my soldier instincts telling me when to participate or withdraw that kept me safe from their traps. Even as a boy, he knew better than to fight a girl who was already prepared to win.

The next school year was high school; sixth grade. My friends and I were in the majors at Piedmont High School, and my favorite class that year was my creative writing class. My teacher even looked like Nobel Prize winner Toni Morrison. One of our first assignments was to write about our experiences in fifth grade. This was a creative writing assignment and we had two weeks to complete it. This was the perfect opportunity to write about that girl who had bullied me in the fifth grade, using her feminine powers to become her boyfriend.

After the assignments were graded, all the children received theirs with a grade. All the students except one. Me. My teacher stood there, staring at me over her coke bottle glasses without saying a word, clutching my story in her hand. He looked at the rest of the class, as if he was giving them non-verbal cues in preparation for my scolding. My mind started racing. Perhaps he had taken it too far? Maybe I shouldn’t have referred to a girl as a creature or a stalker? She said be creative. I sat up, nervously anticipating what he was about to say …

“Good morning, Class. I want to read this story to all of you. In all my years as a teacher, I have never read a story like this. Not only am I giving this story top marks, I am submitting it to the local newspaper to be published. “.

Phew! I let out a sigh of relief. And so in sixth grade, I was published for the first time.

Language arts and all classes related to writing would remain my favorite subjects in school. I almost always got “A’s” as well as received positive feedback from my teachers about my writing ability. Writing became my trade. I wished, at that point, that I could just have taken writing classes and dropped all math classes altogether; Hated them.

After completing high school, I attended Bellarmine College Preparatory, an all-boys school in San Jose. I would like to point out, while the all-boy dynamic would have been great for elementary school, it was definitely not desirable for me as a teenager.

At Bellarmine, college planning was on my student’s schedule from day one. Before applying to colleges, all students had to take the SATs. I was excited to attend college, knowing that my GPA gave me several options; all he had to do was get a good score on the standardized test. I took prep classes. I studied tirelessly. I bombed.

Although Math was not my best subject, I scored in the top percentile. I got a much lower score in the English section. This was devastating. A secret that he had hidden for years was about to come to light when the test results came out. This was a secret that none of my friends knew about. Not a single teacher knew. Since I first learned to read and write, I have struggled with dyslexia.

I was unable to finish the English section of the test and left several answers blank because it took me a long time to read the questions. The sections I was able to complete were almost perfect, but my learning disability was an obstacle on my way to completing the test. I did the test a couple of times. I could have had a great score, if only I had had more time.

I continued to attend a good university, Loyola Marymount University in Los Angeles. I did well in most of my classes, but my aspirations to become a professional writer were on the shelf.

While attending college, I started my own training program working with children. Many of the children I worked with had various levels of autism. I discovered something important during this time in my career. I had a change in my thinking when I focused on the strength of each of my clients; The constant focus on strengths helped lessen the impact of her weaknesses.

I related this to my own life. As someone with dyslexia, I knew I had to find a way to combat this weakness. Despite my challenges, I loved reading and learning. I became obsessed with learning history. I had to practice reading aloud over and over again. On this journey, going through my own fears and insecurities. I discovered my strengths.

Over the years, I continue to study more now than ever as a student in school. I often speak in public with audiences of all sizes. My passion developed into a working career as a copywriter, curriculum writer, and children’s book author.

In each one of us, I think, on the other side of our weakness there is an incredible strength. I am grateful for every opportunity, challenge, and failure. Now I know that they are all invaluable contributions to my design and purpose in this life. I write and teach to inspire others, but my mission is to show others how to discover what is good in each of them and how they can add value to their world.

Thanks to my hero, Mr. Hunter, the leader of my life who first inspired me to be a creative writer. I have never played cards with a man named Doc, but I have learned to build a life with the cards that were dealt to me.